According to preliminary data from Ukravtoprom, 557 units of vehicles were manufactured at Ukrainian enterprises in December, which is twice as much as a year earlier.
Car assembly increased by 119% in December to 432 units. As in the previous year, all statistics on passenger cars continue to form a large hub assembly at the Eurocar plant. At the same time, compared to November, the production of cars in Solomonovo decreased by 2 percent.
The output of buses increased by 38% to 105 units.
Most of the buses, as before, were made by Cherkasy Bus - 60 pcs. The Chernihiv Automobile Plant made 28 buses, at the Chasovoyarsk plant produced 11 buses and 6 units. made ZAZ.
Only PJSC "Cherkassy Bus" reported on the production of commercial vehicles, where 20 cars were manufactured in December.
A total of 7265 units were manufactured in Ukraine in 2019. vehicles or 10% more than a year earlier.
Cars - 6254 pcs. (+ 11%);
Commercial - 136 pcs. (+ 3%);
Buses - 875 pcs. (+ 5% to APPG).
Despite the small positive dynamics, last year's utilization of production capacity in Ukraine did not exceed two percent. 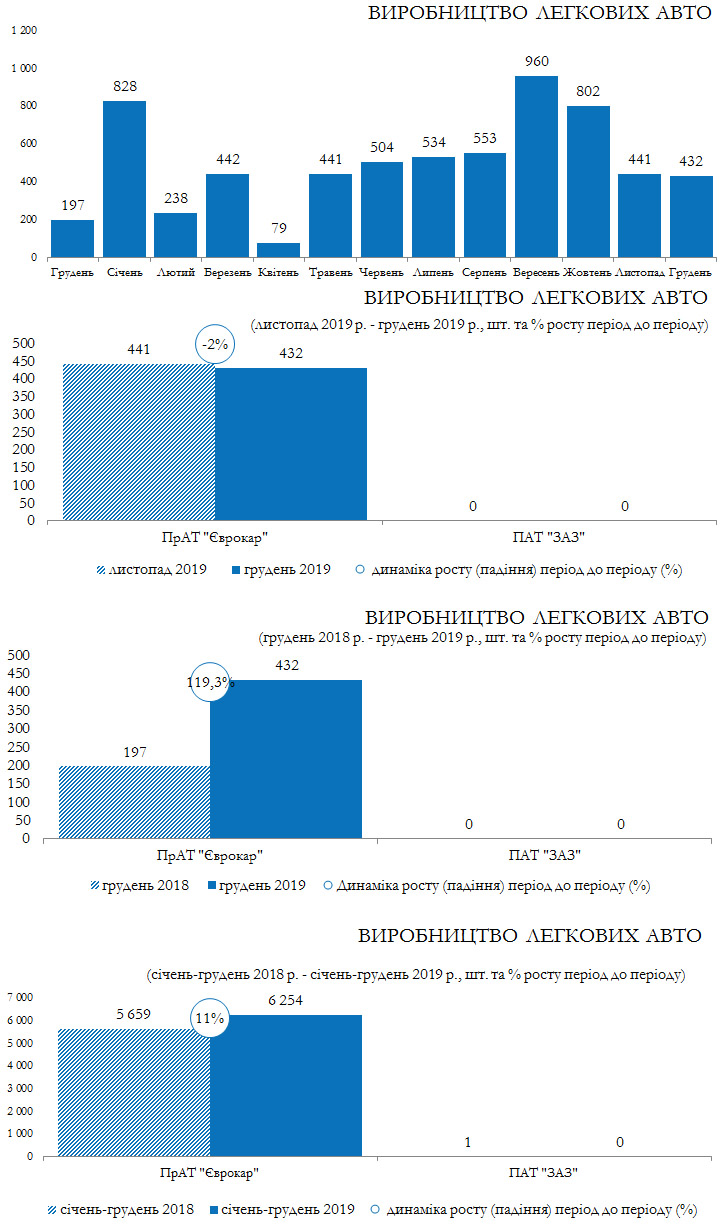 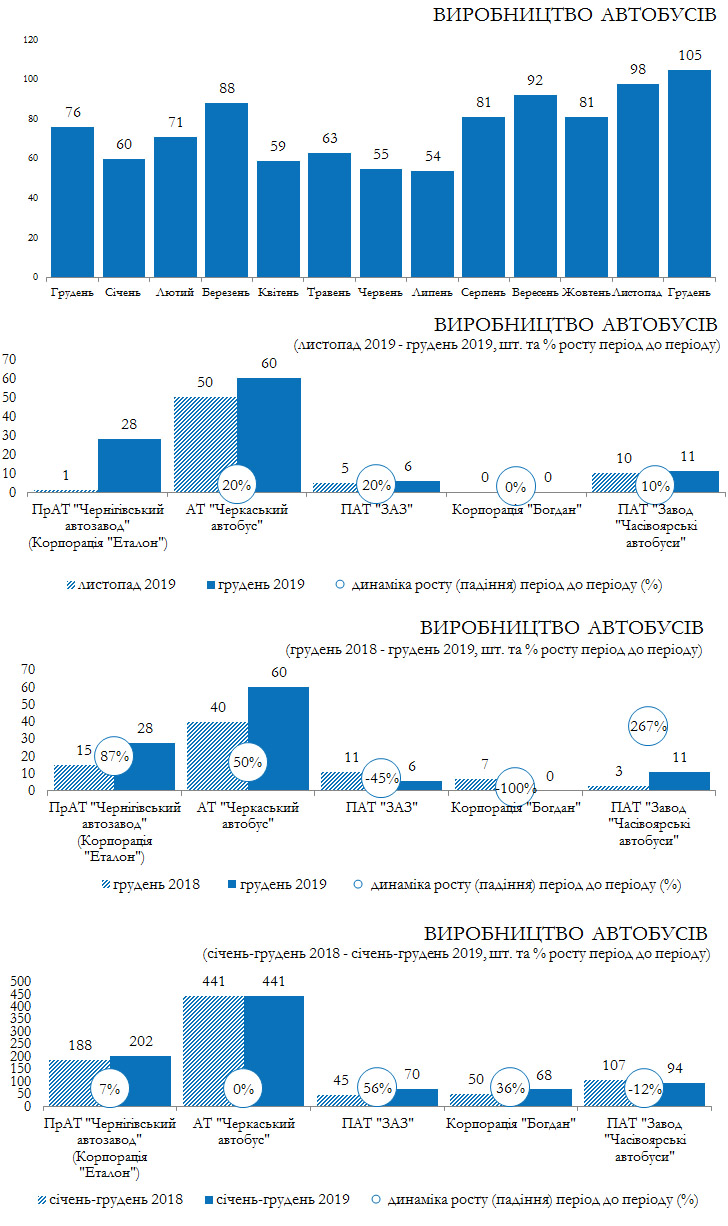 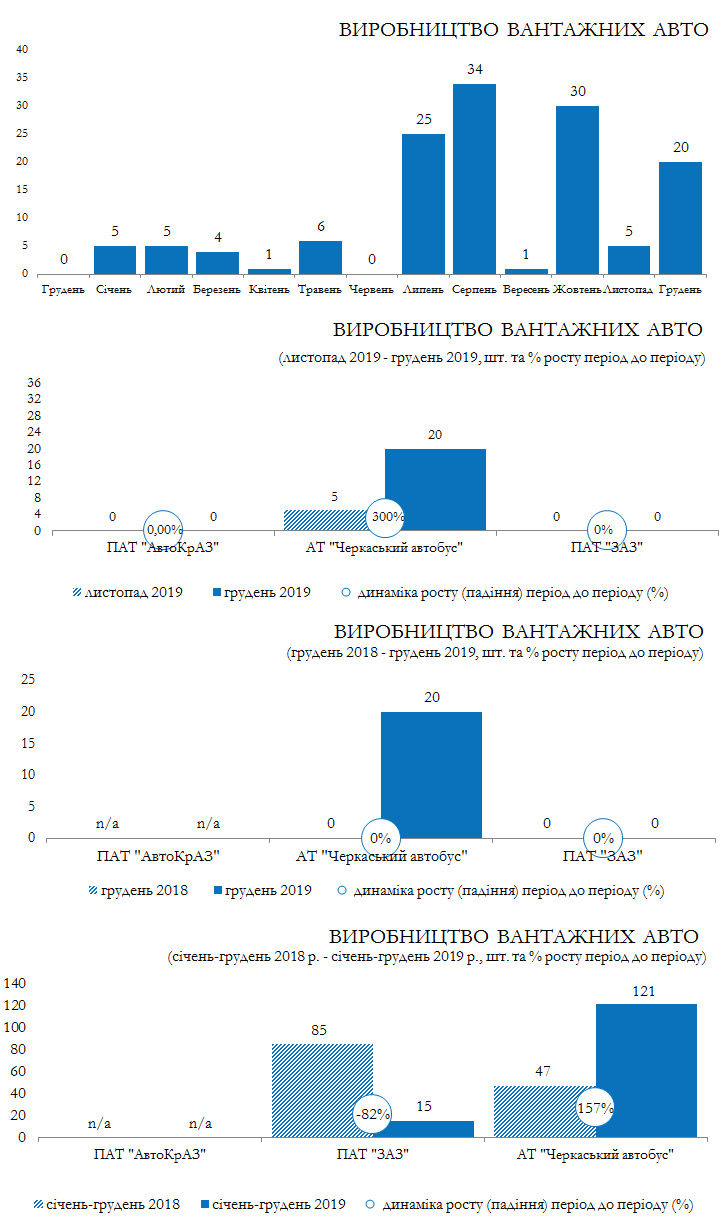